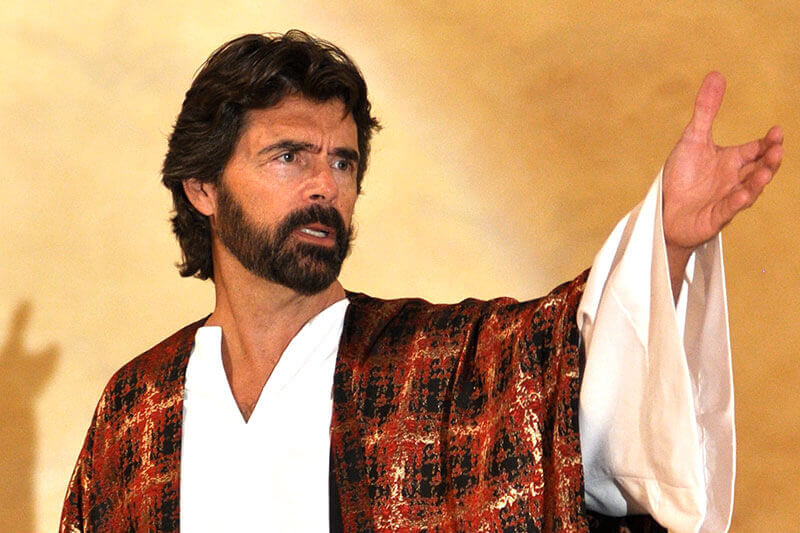 All are welcome to join us for the Good Shepherd Parish Family Mission “A Journey to Joy” with Frank Runyeon. Please invite family and friends!

October 14th, 7 pm “Luke: Stories on the Road”
October 15th, 7 pm “Sermon on the Mount”
October 16th, 7 pm “Hollywood vs. Faith: The Struggle to Live Faithfully in the Media Age”

Please join us for a social downstairs in the Parish Hall after each evening’s presentation. A free-will offering will be gratefully accepted.

Frank Runyeon has won national acclaim for his work as a translator and performer of Biblical texts. For more than 25 years, Frank has performed the gospel for hundreds of thousands of people in almost every state in America, earning rave reviews from critics, scholars, and church leaders of every denomination. He is regularly reviewed as “the best speaker we have ever heard” by students and faculty at private and public schools across the nation.

Frank is perhaps still best known, however, for his many roles on television. His work included roles on As the World Turns, Santa Barbara, General Hospital, Falcon Crest, Melrose Place, All My Children, and L.A. LAW. He was nominated for a Daytime Emmy in 2016 for his guest-starring role on The Young & the Restless. Frank also had starring roles in the feature films Sudden Death and Bolero, and in theater productions of Aristophanes’ The Birds, Deathtrap and The Spider’s Web. He has hosted his own comedy talk show and continues to appear as a recurring guest expert on radio and TV.

Frank is a graduate of Princeton University with a degree in Religion. After studying acting in New York and Los Angeles for 15 years, he attended Fuller Seminary in preparation for the writing and performance of his first one-man play, AFRAID!: The Gospel of Mark. He continued his studies at Yale Divinity School and General Theological Seminary, from which he received his Masters degree 1994. He workshopped his first productions in cooperation with the faculty of Holy Cross College in Worcester, MA, and the University of Dayton (Catholic).